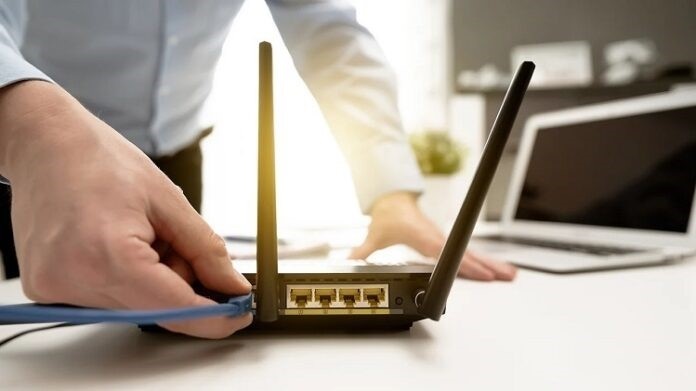 If your wireless DSL network is not reaching every nook and cranny you were hoping for, you don’t have to settle for what you’ve got. There are a number of different approaches to take to fix the problem. Here are for ways you can extend the reach of your router’s signal.

You’ve just bought a new dsl and tv bundle and you’re ready to enjoy it, but you’ve discovered some dead spots in some of the rooms. The first thing to consider is whether your router is already in the best spot. It should be in the most central location possible in relation to all of the devices you will use on the network.

Other issues relate to the surroundings of the router. Is there a large obstruction right next to it, such as a cement block wall, your furnace, or a hefty piece of furniture? Is there anything else in the immediate area that emits a radio signal, such as a cordless phone, a baby monitor, or a microwave oven? These can cause interference that disrupt the router’s signal.

If your router is already in the best possible location, or if it is not practical to move it, the next thing to look at is the router’s antenna. The antennas that come in the box with wireless routers are not the strongest, and they send out signals equally in all directions. This could be useful in some homes, but will not be viable for all situations. Thankfully they are usually removable.

You can upgrade to either a high gain directional antenna, which concentrates the signal in the direction you need it most, or to another omnidirectional antenna that still emits an equal signal in 360 degrees, but more powerfully. If you’re ambitious and handy, you can try building a parabolic reflector around your existing antenna to make it more directional.

Wireless repeaters and range extenders are devices that can pick up your wireless signal and then rebroadcast it, so that the signal can travel farther away from the router. Some plug directly into an outlet, while others sit on a tabletop. Some people turn their old routers into repeaters.

Place the repeater toward the outer edge of the area that the router signal is strong, and it will send the signal out to as much as twice its original distance. This solution does not work for every situation, since the rebroadcasted internet connection is not as fast as the one directly from the router, but it works fine for ordinary Web browsing.

When nothing else is going to work to extend your router’s signal, you can buy a piece of hardware called a wireless access point. It has an antenna and is similar to a router, but without a firewall or network configuration settings. You place it somewhere past where the router’s signal dies out and connect it to the router with an ethernet cable.

One way or another, you will be posting to Facebook from the corner of the bedroom after all.

Learn more about various tricks to enhance the range of wireless devices such as mobile Bluetooth and wireless modem, on this website: www.blogfireapp.com

Alex Gatty - January 16, 2023 0
A USB drive definitely comes in handy when you’ve got lots of files to download and save and there’s not enough room on your...

Alex Gatty - January 15, 2023 0
Water damage can be a dangerous threat both to your health and your home. The biggest trouble with water damage is that it can...

5 Essentials All Millennials Need for Their New Kitchen

Alex Gatty - January 9, 2023 0
Many young adults don’t know what they need when they are furnishing a kitchen in their new home. They were accustomed to living with...

Alex Gatty - November 17, 2022 0
While cloud computing can offer significant benefits for many businesses, it is particularly well suited to startup companies. These benefits can include flexibility, scalability and...
© 2022 - Dailyheralds.org . All Rights Reserved.